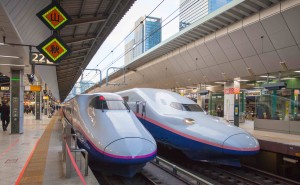 ISID corporate communications officer Kayoko Lee said that the trial is still in early stages, as the partners seek first to “verify the applicability” of the technology to the post-trade process using Microsoft’s blockchain-as-a-service (BaaS) offering.

“We deepen understanding of these advanced technologies through this experiment, and aim to create the new service models which bring financial innovation.”

The news follows Mizuho’s partnership with IT consulting firm Cognizant, which will find it working on blockchain applications for internal record-keeping, and further, comes at a time when a number of startups are seeking to apply blockchain tech to syndicated loans.

Both Digital Asset Holdings and itBit , for example, list syndicated loans among their business offerings, with the two companies accounting for nearly $90m in total fundraising.