Can Trust-Based Private Blockchains Be Trusted? 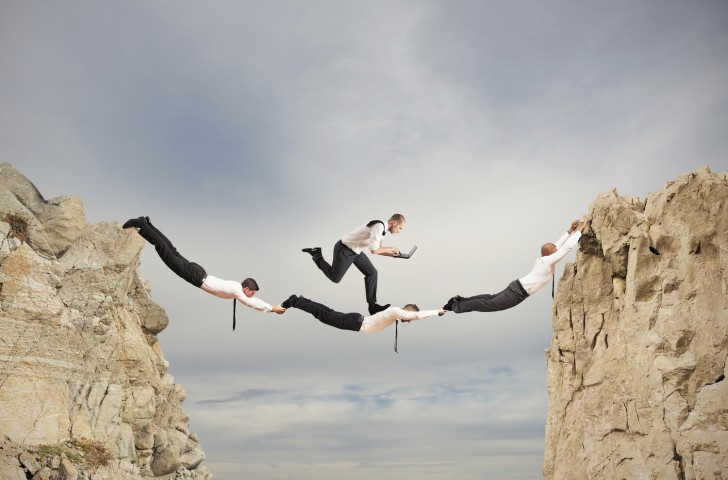 Bob Wolinsky is senior managing director of Genesis Project, where he leads a blockchain research and technology company focusing on bitcoin-level efficient blockchain development for a multi-chain private blockchain future.

In this opinion feature, Wolinsky – in conjunction with his colleagues at Genesis Project , Jonathan Wolinsky and Paul Sztorc – takes aim at challenges facing permissioned blockchains and their inability to leverage the real paradigm shift of the Satoshi revolution: the efficiencies derived by the immutable record.

Today, the blockchain technology sector is awash in salesmen selling every kind of workaround to the one thing they can’t deliver to a private blockchain: the efficiency, bulletproof security and mathematical certainty of the proof-of-work protocol.

There’s a growing trend that finds people believing that an equivalent alternative to proof-of-work efficiency exists, that traditional countermeasures can be employed to secure the fidelity of a private blockchain’s historical record, or that ‘regulated’ or ‘trusted’ parties will not collude to alter the historical record simply because they are regulated.

Nothing can be further from the truth.

With the desire to commercialize blockchain technology, two schools of thought have emerged regarding mechanisms to secure the provenance of the historical record of a distributed-ledger blockchain system: (1) proof-of-work and rules, and (2) trust or permissioning and rules.

Many would argue that proof-of-stake and its derivatives are a third security mechanism. However, upon detailed inspection of the underlying mathematics and rules you will find that proof-of-stake is merely an exotic form of permissioning, so we lump it in with trust.

Our colleague Paul Sztorc has written extensively on the economics and security regarding proof-of-stake. Suffice it to say, proof-of-stake is less efficient, untested and potentially less secure than proof-of-work.

Others talk about blockchain node ’round robins’, ‘token rings’ and the like. However, these mechanisms ultimately rely on trust as well.

Many have used very colorful arguments in support of trust-based blockchain systems including rationales that ‘rules’ govern the interactions of the parties, and in certain FinTech situations, the parties are government ‘regulated’ and, as such, guided by a higher authority.

For the sake of clarity, let us look at the quality of the regulated parties. Below, we culled from the media a small sampling of evidence covering the behavior of ‘trusted’ and ‘regulated’ parties (emphasis added).

“In rare admission of guilt, Wall Street banks say they rigged markets … Five of the world’s largest banks have plead guilty to federal charges including manipulating the global foreign exchange market and rigging a benchmark interest rate that affects the cost of credit card … agreed to pay more than $5bn …”

“Wall Street’s biggest banks have agreed to a tentative settlement over allegations that they conspired torig the market for credit derivatives … Twelve banks and two industry groups reached a preliminary agreement … to pay $1.87bn … this behavior by Wall Street could be more far-reaching than we thought …”

In all situations described above, traditional countermeasures (lawsuits, fines, settlements, SEC investigations, and in some cases jail) are being used to address collusion amongst ‘trusted’ and ‘regulated’ parties.

So, what does ‘trusted’ mean in the context of blockchain technology?
Does it simply mean you can rely on the party for anything?

No, not really. In blockchain parlance, ‘trusted’ means the party is being ‘trusted’ to follow the rules of the blockchain.

This line of reasoning forms the basis to the perceived viability of all trust-based systems. As evidenced above, it is faulty.

Trust is so old-fashioned

Now that we’ve heard the fantasy, let’s look at the reality.

Any rules created for a blockchain (ie: using a token ring, ‘longest chain wins’ … any rule, it doesn’t matter) can be broken by colluding parties. Why? Because there is factually nothing substantive, nothing other than faith, stopping colluding parties from disregarding the rules.

When collusion occurs amongst blockchain parties, they can rewrite their local records regardless of other parties’ interests and protestations. Other parties may not even detect that colluders altered the historical record.

So, what happens if the parties choose not to follow the rules and fork the historical record of the blockchain? What mechanisms exist for aggrieved parties to respond to collusion, if detected?

Well, in the case of trust-based blockchain environments, not much other than old-fashioned traditional countermeasures – lawsuits, fines, settlements, SEC investigations and in some cases jail – all the inefficient stuff the pre-blockchain world used to enforce contracts.

It should be apparent that the need of reliance on traditional countermeasures to enforce blockchain rules defies the entire concept and implied efficiency of blockchain technology.

In the case of proof-of-work, Satoshi expects the parties to cheat/collude, hence the now well-known 51% attack vector example. However, Satoshi introduces a cost equation to cheating/collusion via the proof-of-work protocol as a non-traditional countermeasure.

The cost is both predictable and big, and it does not require the imposition of traditional countermeasures on participants in order to enforce following the rules (just a simple equation for determining whether the rules have been followed, ie: longest chain/most work wins), hence the ‘trustless’ environment.

Notwithstanding so-called ‘miner consolidation’ arguments (which is a topic for another discussion), the 51% attack vector discussion is immensely relevant to understanding the genius of Satoshi’s bitcoin innovation and successful blockchain technology derivatives. In actuality, the 51% discussion describes a risk-assessment mechanism – precisely calculating the requisite proof-of-work hashing power cost to overturn the record.