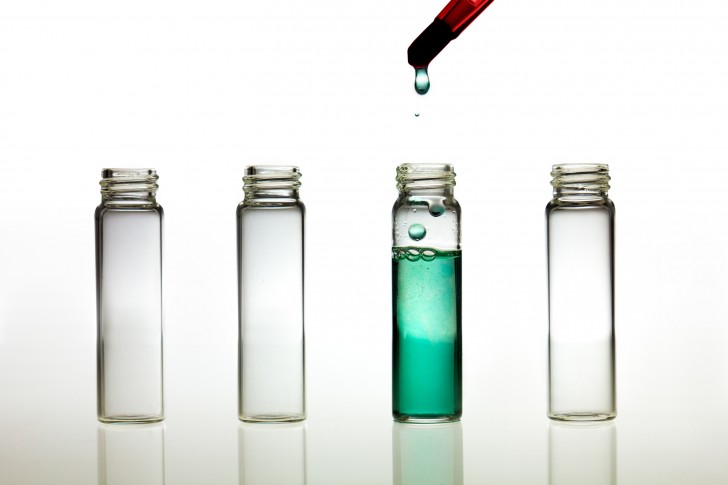 As institutional interest in blockchain technology increases with bullish market predictions, professional services firms have been among a new wave of companies seeking to adapt existing products and services for the market.

To date, Deloitte and PwC have been perhaps the most aggressive in the space, with the former releasing a blockchain software platform called Rubix , and the latter recently launching a comprehensive Blockchain Solution Portfolio aimed at assisting enterprise clients.

While more quiet than its peers, ‘Big Four’ professional services firm KPMG  is pushing ahead in the industry, adding a blockchain component to its existing line of consultancy services as it moves to court client business.

In a new interview, the firm explained it now believes the technology could come be the “perfect antidote” to the increased burdens financial regulators have placed on its clients in the wake of the financial crisis.

“From a perfect storm point of view, having suffered for years from regulation and overhead, this is potentially a light at the end of the tunnel that gives clients relief from costs.”

Today, KPMG estimates it has between 60 and 70 professionals contributing to a global steering community that unites Asia-Pacific, European and North American employees in discussion on blockchain strategy.

These professionals, in turn, help advise clients interested in designing and implementing use cases for the technology, with KPMG focusing more on front- and back-end design, and testing as opposed to coding, he said.

Maguire voiced his belief that this investment of resources is necessary given that blockchain could “transform” the way things are done for its clients.

“Compared to cloud or data and analytics, blockchain technology has the potential to be much more revolutionary in creating new solutions which don’t exist in the marketplace today,” he said.

This opinion was echoed by KPMG managing director of financial services strategy David Montes, who alluded to the technology’s potentially broad impact:

“Blockchain tech has the potential to impact of all three of our core businesses – advisory, tax and audit.”

A common theme in the conversation was regulation in the blockchain space, with KPMG discussing how this remains a concern for clients, even while global government agencies voice an interest in harnessing blockchain to better police the world’s markets.

Though a promising trend, KPMG believes that regulatory applications of blockchain will need to be developed over time. As of now, Montes believes this means working to ensure know-your-customer (KYC) and anti-money laundering (AML) considerations can be applied in a blockchain environment.

“We think at later points, we’ll see other regulatory initiatives being built into blockchain solutions that are built for Dodd-Frank and components of the Volcker Rule that influence all types of trading,” he said.

Estimates suggest that any cost savings here would be of benefit to financial institutions. Research from American Action Forum has suggested banks have so far paid $24bn and allocated 61 million employee hours to comply with Dodd-Frank, passed in the US amid outcry over the financial crisis.

Even smaller banks have been hit with added burdens, with 83% reporting their compliance costs had escalated by 5% following the rule, according to Mercatus Center .

KPMG sees three generations of regulatory upgrades being potentially propelled by the technology, with elements such as counterparty identification, qualification and AML being addressed by 2017.

Sizing up the opportunity

Overall, the KPMG team is impressed with the capabilities of available blockchain technologies, even if the firm itself is seeking to be agnostic in its services, focusing on ‘blockchain’ as opposed to bitcoin, Ethereum, Ripple or other specific forms of the technology.

Both Montes and Maguire alluded to the mounting hype around the technology, but maintained that there are immediate business problems that it can solve.

KPMG contends that the most immediate is in internal office processes, such as the automated calculation of daily profit and loss (P&L).

“In an ideal world where we begin to solidify the stability of early forms of blockchain, we’ll see other things being built into the blockchain. In later generations, we expect to see middle office processes getting built in that will result in increased automation and the decommissioning of more manual processes,” Montes said.

The ability of blockchain-based systems to scale to address market demand was one such factor that the KPMG team believes could temper excitement.

For example, Maguire explained that high-volume use cases for blockchain have the greatest ability to cut costs, but that they will likely be delayed by additional complexity.

He predicts that financial institutions will likely prioritize low-volume use cases in an effort to build comfort with the technology, both among its internal divisions and consumers.

“By having early successes with more limited use cases, you can prepare the groundwork for use cases that are higher volume,” he said.

Maguire cited Nasdaq’s private markets product Linq as one such example, stating that more projects of its size and scale will likely be released in 2016.

As for future developments, KPMG suggested that it is likely to continue to focus on consulting clients looking to tap into the technology and its potential efficiencies.

Montes added that KPMG is also unlikely to form alliances with specific solutions or solution providers, seeking instead to position themselves as advisors that can be more neutral in its recommendations for clients.

“Regardless of the use case, whether it’s focused on payments, loans or a post-trade application, we see our role as being trusted advisors, who use our expertise in financial services to enable our clients to make the best decisions for their use cases,” he continued.

Though short on details, Maguire said that KPMG is working on projects with clients that may find it announcing additional news soon.