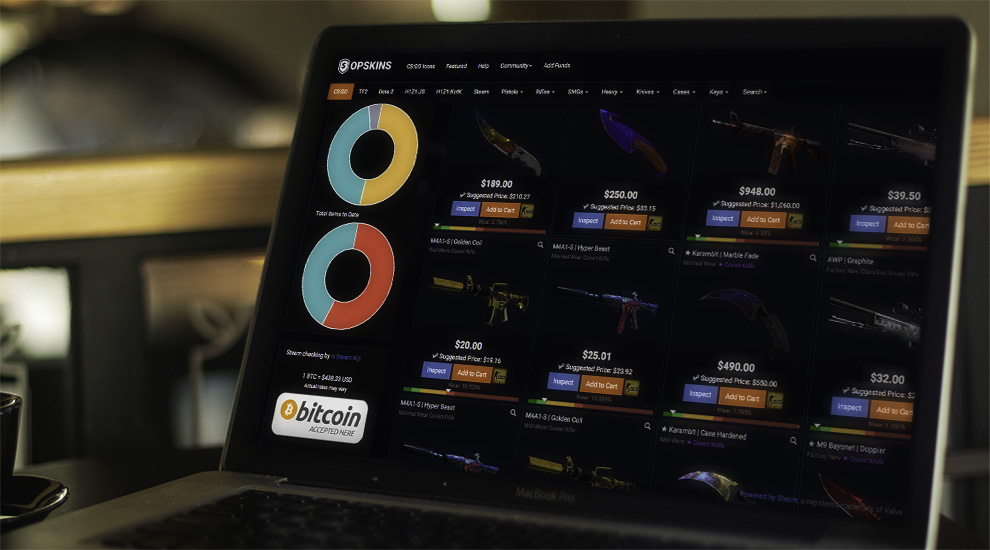 Thousands of companies around the world accept Bitcoin as payment. Many of those are set up to immediately convert Bitcoin into fiat currency. OPSkins, an online marketplace of digital gaming skins, demonstrates the value of pairing a digital currency with a digital economy and is setting a new standard for how businesses should integrate with Bitcoin.

OPSkins has grown quickly into the most active marketplace for buying and selling virtual items, specifically for Counter Strike: Global Offensive (CS:GO), Dota 2 and Team Fortress 2.

“The gaming community around OPSkins is the perfect group to demonstrate the power of Bitcoin as the most secure payment method for digital purchases,” said BitPay Senior Sales Engineer and masspay product lead Corey Glaze in a statement to Bitcoin Magazine.

A growing community of people around the world was trading digital skins for Bitcoin when OPSkins introduced it into its platform in August 2015. Bitcoin helps expand their international reach and reduces the risk of fraudulent chargebacks that happens with other online payment options. Bitcoin is also popular among gamers because many are under the age of 18 and so are unable to get a credit card.

According to a BitPay blog post , “Just a few months into accepting Bitcoin, [OPSkins] is already processing 400-500 Bitcoin transactions per week. This traction has also shown up in the volume OPSkins has processed, with one notable transaction involving a Bitcoin purchase of $25,000.”

Soon after accepting Bitcoin transactions, OPSkins went live with Bitcoin as an option for payouts, in addition to PayPal. According to BitPay, OPSkins has daily payouts to sellers of $40,000 in Bitcoin.

“OPSkins is showing how businesses can use Bitcoin coming and going to streamline transactions processing and reduce costs,” Glaze told Bitcoin Magazine. OPSkins told Bitpay it expects these numbers to increase in tandem with its rapid increase in Bitcoin transactions.

Other Bitcoin payment processors, such as AcceptBT , are also seeing an increased interest from merchants in keeping the Bitcoin they receive. Jamie Robinson, the company’s founder, told Bitcoin Magazine “More and more merchants in Canada are asking about the possibility of keeping all their Bitcoin as Bitcoin, or keeping a percentage of each transaction in Bitcoin and converting the remainder to dollars.”

Retaining Bitcoin is becoming especially popular for merchants who have businesses online. Last week, Market Collectif , an online store that caters to the student market, launched its Bitcoin payment option, and Jeremy Smith, one of the partners of the company, told Bitcoin Magazine it would keep 100 percent of its Bitcoin rather than converting it to dollars automatically.