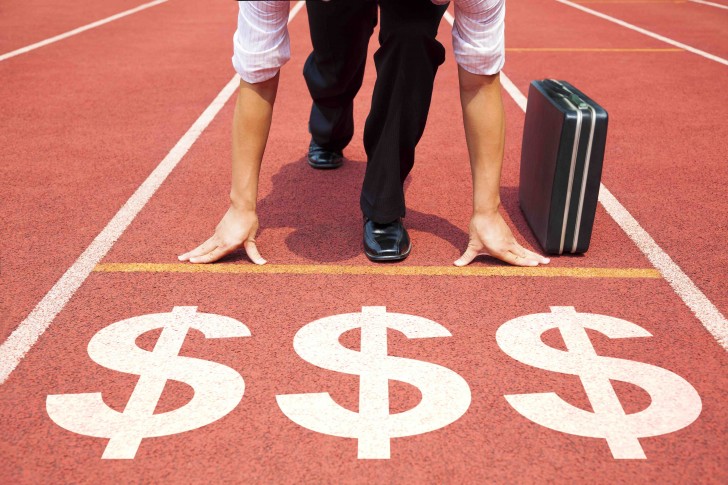 Further, the scope of the offering is notable as its debut comes amid increasing competition among major professional services firms including Deloitte, Ernst & Young and KPMG – all of whom are seeking to provide services to the growing blockchain market.

In interview, PwC FinTech director Jeremy Drane expanded on PwC’s new offering, explaining how it is geared to help companies understand the size and scope of what could be the coming disruption in financial services resulting from blockchain’s impact.

Drane sought to position PwC as unique among its competitors for its ability to help clients analyze their business processes so both can understand the potential of the technology and innovate in step with the market.

The portfolio, PwC has said , was compiled based on two years of internal research, and according to Drane, this research has been built into DeNovo, a database of 1,000 bitcoin and blockchain service providers that aims to help with the client education process.

Drane described the service as valuable in this environment given what he called the “significant hype” and “lack of substance” displayed by some ecosystem providers, and positioned PwC as a necessary guide for corporates seeking to investigate the industry.

PwC’s conclusion, Drane said, is that there are only a small number of industry companies that can deliver solutions built on the technology.

“When you strip away the hype, the industry is not nearly as diverse as you would want,” Drane said.

The interview follows a notable run of announcements from PwC, which has recently revealed partnerships with industry startups like Blockstream , Digital Asset Holdings and Eris Industries .

Given the current climate, Drane described PwC’s industry partnerships as a key value-add for the Blockchain Solution Portfolio.

Drane said that, as a result, PwC will be able to engage its technology partners on behalf of its clients, which in turn, would allow PwC to better craft the front-end, middleware and rapid prototyping solutions offered in its portfolio.

“You have a direct link to the leaders of these companies and that’s important. These companies have been inundated with companies that want to do things and you have to make sure you’re toward the top in terms of priority,” Drane said.

He likewise framed Blockstream, Digital Asset Holdings and Eris as companies that provide PwC with the ability to fully span the offerings available in today’s blockchain market. Each, he said, serves a “specific purpose” in terms of how their services enhance its overall portfolio.

For example, whereas he described Eris as the “Swiss army knife of the blockchain”, he lauded Blockstream for its staff featuring many of the bitcoin ecosystem’s top developers.

“[Blockstream] wants to build, so when you’re dealing with a Blockstream engagement, they bring all the years working on bitcoin. From that standpoint, they might take on much of the heavy lifting and we might do integration, security and user experience [via collaborations],” he said.

By comparison, Digital Asset Holdings, he said, is more focused on financial services innovation and tackling problems for existing incumbents, and can help clients on these points more effectively than other partners.

Still, Drane said the partnerships are evidence of PwC’s intent to avoid competing with innovators in the blockchain industry.

“We could have created a PwC-branded blockchain suite, but that kind of approach feels like, to the startups, that we would have ended up competing with them,” Drane said, adding:

“We wanted to ensure the way we constructed our offering to help develop the ecosystem.”

Yet another question facing financial firms developing blockchain PoCs is whether the tech will be interoperable in the long term given the differing consensus algorithms used by blockchain technology providers.

Prospective PwC clients, for example, may be initially uncertain whether to build on open public networks like the bitcoin blockchain, more permissioned alternatives like Ripple , or whether they are in need of a custom solution . Further, a range of startup providers have emerged, each with its own thesis on how this evolution is likely to occur.

Complicating development is that PwC does not believe there will be one blockchain or consensus system that dominates the market, Drane said. Rather, he said, certain processes will gravitate to public blockchains, while others are likely to be created on private systems, depending on need.

Recognizing the potential complications, Drane called interoperability a “huge” question facing the industry, but one that spoke to the core competencies of its partner Blockstream. Fresh off $55m in Series A funding, Blockstream is seeking to develop a project called sidechains that is designed to allow digital assets to move between blockchains.

Drane said that the interoperability question will be key to financial auditors, who will be tasked with needing to understand the impact transactions between blockchain-based systems.

“Imagine it’s 1st January and a digital asset is on an Ethereum blockchain. Then, imagine it’s sitting on a Tendermint blockchain on 31st March. As an auditor, what does that mean?” Drane asked.

Drane said that provenance, or the chain of custody of the asset, will become important as auditors seek to understand how digital assets move, and what that means for their clients.

“We can’t do our jobs if this interoperability issue isn’t front and center,” Drane said. “It’s fundamental to a world where you have digital assets.”

As for whether he believes the blockchain PoCs being developed at PwC will see the market in 2016, Drane was less clear.

Drane said that, in his opinion, the business elements of financial companies may not be fully equipped to understand the profit-and-loss (P&L) impact of launching blockchain-based services, which may hold back their ability to meet internal approvals.

“At the end of the day, as much as they want to take something an innovation team has built, there are so many checks and balances, whether it’s risk management, regulation or having a business person sign off, those things just have not been done,” Drane said.

Increasingly, Drane said, he sees the technology being held back by a lack of development in other internal processes at financial firms.

In this light, Drane sees blockchain moving more slowly to market, with firms seeking to leverage it for internal processes being the most obvious first-movers, and that the technology providers who can ease this process may be the early winners.

Drane also explained that PwC is working on implementations of blockchain tech for its own processes, but declined to comment further.

Elsewhere, he sought to position the transition that would be brought on by the technology as one that would take years, concluding:

“I think you’re going to see some [internal applications] start to move into scale. But, if you’re talking about the restructuring of clearing and settlement, that’s going to take a long time.”