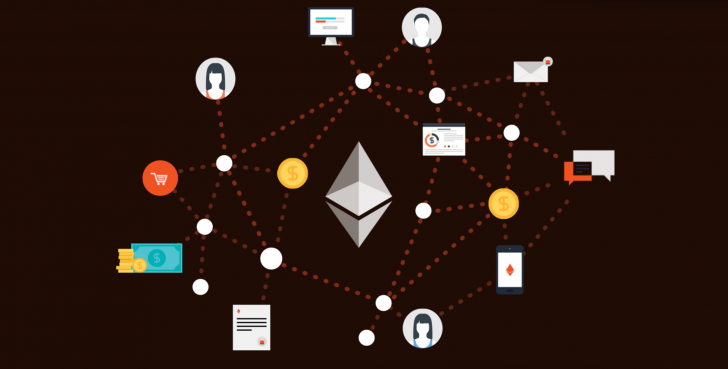 Imagine a company or service that isn’t controlled by any single individual, board or other central entity.

Known as a decentralized application, or ‘dapp’ for short, the concept has been one of the more novel ideas to emerge from the blockchain community. Armed with self-executing smart contracts , proponents of the technology have envisioned ways to replace everything that today requires a centralized leadership, from businesses and services to governments.

In some ways, bitcoin could be considered the first dapp, as it is fully open-source, rewards contributors, runs without a central authority and uses blockchain technology to help facilitate its continued use case as an online currency.

Next-generation innovators are now seeking to apply these same principles to a variety of online services they believe could be built in the dapp format, armed with a little effort, know-how and the will to charge forward into the unknown.

Although a new field, dapps are growing in number and many now exist in various stages of completeness, from concept to working prototype and functional platform.

Ethereum ‘s decentralised blockchain and its native digital currency Ether are proving perhaps the most widely used tools for dapp building , as its network is specifically built for the purpose and the Ethereum Foundation, its trade organization overseeing development, runs regular ‘hackathon’ events to promote new decentralized applications.

But what can you do with a dapp?

For this feature, CoinDesk casts its eye over the current offerings and picks out seven of the more interesting projects being developed using the Ethereum blockchain.

The Vevue project promises to “bring Google Street View to life”, by enabling users to take 30-second video clips of restaurants, hotels, places, events and more to share with other around the world.

All users need is a smartphone, and by answering requests pinned in their neighbourhood they can earn bitcoin or even Vevue equity tokens in selected areas.

Furthermore, with the project’s Google Chrome extension, ‘Vevues’ are available when browsers use Google Maps to search local businesses.

The “Make Videos, Earn Bitcoin ” app is already available on the Google Play store, though is not in its final state and does not currently reward users.

Etheria is a Minecraft -like virtual world in which players can own tiles, ‘farm’ them for blocks and build things.

According to the project website, the “entire state of the world is held in and all player actions are made through the decentralized, trustless Ethereum blockchain”.

Until now, it points out, all virtual worlds have been controlled by a single entity. All aspects of Etheria, on the other hand, are “agreed to” by the participants of the Ethereum network without central authority.

This means Etheria cannot be censored or taken down by the government, by its “owner-players” or even by the developer, ‘fivedogit ‘. In effect, it will exist as long as Ethereum does.

In the digital age, the increasing risk of financial crime arising from fraud and identity theft demonstrates the importance of a reliable means to safeguard the individual’s identity.

To that end, KYC-Chain aims to provide consensus on the identity of individuals at the “highest level of trust”.

The service, which is currently under construction, utilises existing know-your-customer (KYC) regulations, and plans to bring “ease and simplicity” to the process of identification for businesses wishing to onboard new customers.

The platform’s “identity wallets” will allow users to share only the information necessary, and nothing more.

KYC-Chain employs Ethereum and will work primarily via the use of “trusted gatekeepers”, who can be any individual or legal entity permitted by law to authenticate KYC documents – for example, notary publics, people of diplomatic status, lawyers, governments, and so on.

A trusted gatekeeper would perform an individual check on a user’s ID using KYC-Chain’s platform and authenticate them. The files would be stored in a distributed database system, which can later be retrieved by the trusted gatekeeper, or the user, to demonstrate with certainty that the ID is genuine.

4G Capital  provides instant access to credit for small business growth in Africa, and has developed a concept dapp for the use of smart contracts.

Donors would be able to use the dapp to fund small businesses in Kenya using digital currency. The money lent would be converted and disbursed to the businesses using 4G Capital’s transactional system.

Its vision is to empower individuals, businesses and markets by delivering financial inclusion and supporting change across Africa from the grass roots level.

Currently a working prototype, Eth-Tweet is a decentralised microblogging service running on the Ethereum blockchain. It provides basic Twitter-like functionality to tweet messages of up to 160 characters.

Being decentralised means no central entity controls what is being published, and once a message is posted, it can only be removed by the publisher.

Further, accounts can receive donations in Ether, which the team suggests can be an incentive to run provide content via the platform.

Ampliative Art  aims to enhance the conditions and prospects of artists via a social network-like platform.

When complete, it will be a reciprocity-based web platform with which individuals can contribute to the art community and be rewarded through “alternative means”.

Artists will be able to create their own galleries and exhibit their works for free, and both users and artists can be rewarded through tips and donations, comments and reviews, share or exchange proposals. The more a user contributes to the community, the more the community is likely to reward them.

Any revenues earned by the organization will be distributed according the “reputations” of the users, the website states.

As a dapp, Ampliative Art will be a transparent cooperative in which users would collaborate, receive rewards and take part in the decision making process.

The project says that since it will be one of many crowdfunding platforms on Web 3.0, it aims to stimulate these platforms by providing “world-class open-source modular and extensible” crowdfunding utilities that everyone can access. All critical aspects of the platform are completely decentralized.

To use WeiFund, users will first open WeiFund in a Web 3.0 enabled browser such as Ethereum’s Mist. From there they can then start, contribute to, browse and manage crowdfunding campaigns.

WeiFund’s interface and user experience will be very similar to that of conventional crowdfunding platforms such as Kickstarter or GoFundMe, however, all funds raised on WeiFund will be accounted for in the Ether digital currency.

Unlike conventional crowdfunding services like Kickstarter, though, WeiFund uses smart contracts, which means donations can actually be turned into complex agreements. This gives campaign operators a “broader range of possibilities “when raising funds, the project says.

Further, Web 3.0-enabled browsers will come with their own wallet systems, so that payments made on WeiFund to start and contribute to campaigns are carried out in a “secure and verifiable way”.