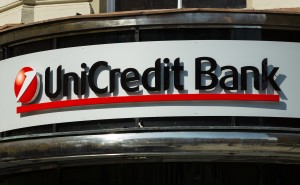 Italian bank UniCredit has published a white paper that explores how banks could offer blockchain-based services for use cases in interbank payments and the post-trade process.

The paper, published in late February , offers a general overview of digital currencies and the underlying technology, which it notes “has the potential of reshaping the current financial services technical infrastructure”. Written by UniCredit staffers Matteo Biella and Vittorio Zinetti, the release comes months after the bank joined  the R3 blockchain consortium.

One potential application, the bank writes, is that the technology could be used for interbank payments, with participating banks acting as validating nodes on a blockchain network.

“By adopting this solution, reconciliation between different databases is no longer needed, since a single ledger authoritative state is obtained by consensus. Furthermore, payments can be settled between banks without using an intermediary and virtually eliminating fees involved. Execution happens in near-real time and in a peer-to-peer fashion, reducing counterparty risk and lowering time to settlement to seconds.”

Another possible application focuses on the securities post-trade lifecycle – an area that a growing body of financial groups and market observers suggest may be one of the first areas in which blockchain tech sees future usage.

“One possibility to simplify existing process is to represent securities and perform post-trade lifecycle on blockchain. Clearing and settlement will happen on blockchain, which will also be the depository for the assets,” the authors state.

UniCredit envisions that, in this scenario, order matching would be done off-blockchain, and that a clearinghouse would perform novation, split orders and other functions.

According to the authors, such an approach would help cut down on the amount of administrative tasks and subsequent paper load.

“Blockchain acts either as both clearing and settlement platform eliminating the need for reconciliation among different actors,” the authors write. “Contract terms execution throughout code reduces back office workload and risk of errors.”

Alternative versions of this approach, the authors go on to say, could include a network in which brokers and clearing firms act as validators.

“Even if this solution will be more complex and require coordination between a large number of participants, it will bring most benefits in terms of time reduction for trading lifecycle,” the authors conclude.

The full white paper can be found below:

Blockchain Technology and Applications from a Financial Perspective