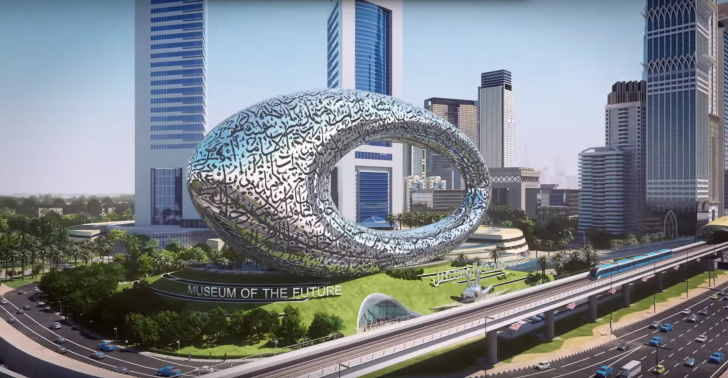 An innovation center established by Sheikh Mohammed bin Rashid, vice president and prime minister of the United Arab Emirates (UAE), has announced the formation of a research council focused on blockchain technology.

Launched in 2015, the Museum of the Future was created with the mandate to encourage innovation and help foster investigation of new technologies within the Middle Eastern nation, and will feature an estimated $136m architectural centre set to be completed in 2017 and located in Dubai’s financial district.

According to the release , the Global Blockchain Council will consist of 32 members including government entities (Smart Dubai Office, Dubai Smart Government, the Dubai Multi Commodities Centre (DMCC), international companies (including Cisco, IBM, SAP, Microsoft) and blockchain startups (such as BitOasis , Kraken and YellowPay).

In the past, Museum of the Future has voiced support for emerging technologies such as drones , as well as the broader applicability of new technologies to education, healthcare and travel, and follows president His Highness Sheikh Khalifa bin Zayed Al Nahyan’s declaration that 2015 would serve as a “year of innovation ” for the Middle Eastern nation.

According to a press release from the government of Dubai’s media office, the Global Blockchain Council will explore and discuss potential applications of blockchain technology, with the goal of highlighting how it could come to impact domestic financial and non-financial business sectors.

In statements, Al Aleeli explained the importance of the initiative, given statistics he cited that suggest global blockchain investments could reach $300bn over the next four years.

“The Global Blockchain Council will launch different initiatives under its umbrella to highlight and promote blockchain and digital currencies, and explore its advantages and disadvantages. It will also draw a roadmap for best uses of this emerging technology.”

He further stated that the group’s efforts will include the creation of an annual conference that will host “high-profile individuals, workshops, awareness sessions, hackathons and startup conferences” with select partners.

“New technologies such as blockchain open significant opportunities for all service providers to reshape transactions, making experiences more seamless and secure for all customers,” Bin Bishr said in the release.

As part of the announcement, the Museum of the Future detailed pilot projects it will embark on for the initiative.

The first pilot project, according to the release, will find Dubai-based bitcoin services startup BitOasis working with Dubai Multi Commodities Centre (DMCC ), which was created in 2002 to establish a commodities marketplace in Dubai.

BitOasis will work with the DMCC to “secure flexidesk contracts and registration process using the blockchain ledger” as a means to help the organization can “stay ahead of the curve” while providing guidance on the technology to other market participants, according to Ahmed Bin Sulayem, Executive Chairman of Dubai Multi Commodities Centre Authority.

“It is therefore a natural next step for DMCC to play our part in not only piloting the BitOasis and Kraken Bitcoin Exchange projects, but to do everything we can to bring more projects like these to market in the future in collaboration with the Dubai Blockchain Council,” Bin Sulayem said.

Despite the strong signal of interest from the UAE, there were signs in its release that suggest its views on the technology remain in early stages.

For example, language included suggested that “Blockchain supports more than two million bitcoin wallets”, inferred that there may be confusion at the institution between the bitcoin wallet startup Blockchain , and bitcoin’s underlying distributed ledger, the blockchain.

“Blockchain is available worldwide in more than 15 languages, and allows the user to send bitcoin by emails and text message, while still maintaining the user’s privacy and security,” the release read.
Notably, Blockchain was not one of the members mentioned as part of the initial Global Blockchain Council.

Elsewhere, the language similarly blurred the lines between bitcoin, the digital currency, and blockchain, a term often used to denote its distributed ledger applications.

“The blockchain market reports that the average volume of bitcoin transactions in 24 hours is $105.6m, and the bitcoin market cap is averaged at $6.8bn,” the release said.

Image via Museum of the Future