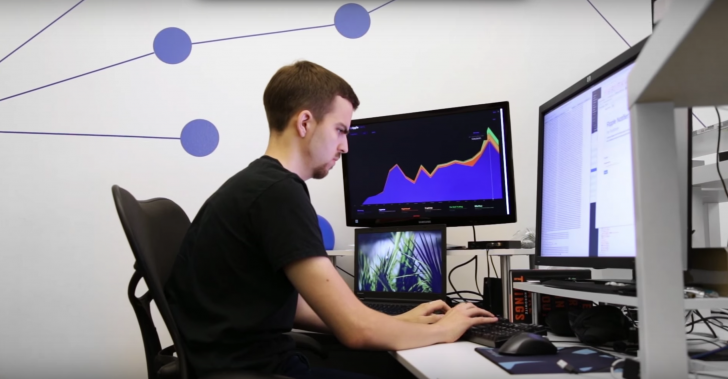 Given its early emphasis on distributed ledgers in what was then widely described as the digital currency ecosystem, Ripple has long held a unique market position in the industry. In the age of “blockchain”, the startup remains one of the few holdouts to describe its offerings as “distributed financial technology”.

Since it was founded in 2012 , Ripple has garnered a track record of success with major banks, which have viewed bitcoin and its largely anonymous transaction validators (miners ), as a potential liability. Ripple and its permissioned network, in turn, emerged as a ‘safe’ alternative for incumbent firms, one that wasn’t colored by high levels of more negative press.

The positive market momentum would help the startup raise $38.6m from investors including Andreessen Horowitz, CME Group and Santander InnoVentures.

Michael O’Loughlin, who leads blockchain development at IT consulting firm and Ripple partner CGI Group, told CoinDesk that he believes the startup helped clean up the technology’s reputation at a key early stage.

“Ripple has been there, from what we consider to be the start, the point where banks became aware, and Ripple was seen as a friendly,” he said.

However, there may be signs that Ripple is now suffering from a similar change in perspective, and that it may be falling out of favor in its target market as understanding of blockchain technology advances in mainstream finance.

At the end of 2015, financial incumbents began seeking to build private blockchain solutions and consortium models to further investigate the technology behind Ripple’s offerings. In the process, some believe concerns are being raised about Ripple’s target market and whether it would continue to find value in the Ripple consensus ledger .

“Certainly they were the early mover in this wave of trying to take bitcoin technology and make it palatable to traditional financial institutions, and I think they were successful in getting some mindshare. But, now people are talking about R3 and not talking so much about Ripple.”

Valdes also mentioned the hype around Hyperledger , an open-source “business blockchain” initiative that seeks to unite a diversity of stakeholders. As part of that effort, IBM revealed its own consensus protocol that will be used, among other technologies from Digital Asset Holdings and Blockstream , in the Hyperledger Project. A number of major banks have also signed on.

Still, there are signs Ripple is still of interest to this market, even as the number of participants multiplies.

The startup’s technology is now being used in proofs of concept (PoCs) on trial at Royal Bank of Canada, which is leveraging the technology for remittances . Standard Chartered and Development Bank of Singapore (DBS) have also begun using Ripple’s tech for trade finance applications .

A senior operations manager at a banking tech solutions provider even went so far as to forecast that Ripple is on track to emerge as the blockchain equivalent of PayPal, with the company succeeding as the first blockchain alternative to global settlement engines such as SWIFT.

However, given that Ripple offers a consensus protocol that is as broadly adaptable as the bitcoin blockchain, the startup has sometimes struggled to articulate and refine its goals.

“The banks trust Ripple,” CGI’s O’Loughlin explained. “[But] the feedback they got from the banks is stop trying to be everything to everyone.”

This year, Ripple has shown a willingness to prioritize two efforts: the Interledger Protocol (ILP ), an effort the startup is spearheading as part of the W3C that finds it using escrows to move value between distributed and non-distributed ledgers; and the Ripple consensus ledger, its original permissioned network that facilitates the movement of the digital asset XRP .

Of late, it is this second effort that has seen the most advancement, with Ripple emphasizing how both its ledger and digital assets can be used in cross-border payments.

But, Ripple does operate its consensus ledger as an open network, meaning that to some extent, it does have to consider a variety of stakeholders in its strategy. On no issue has this been arguably more apparent than the evolving narrative on XRP, the publicly traded token that serves to move value on the Ripple network.

Despite the steps taken by Ripple to distance itself from the similarities (both at launch and today), XRP and bitcoin (and other digital currencies) serve similar purposes for their respective ledgers. Both are traded openly on in public markets and are subject to the speculative whims of traders, (the price of XRP once dropped 40% on a single announcement).

Complicating matters, Ripple and a subsidiary were fined in May of last year due to Bank Secrecy Act violations in connection with the sale of XRP.

For a time it even appeared as if the company was shifting away from XRP and the Ripple consensus algorithm to focus more on Interledger. During a recent interview, however, Ripple CEO Chris Larsen rejected the idea that the company’s stance had evolved on its own technology, or more importantly, for investors, on XRP.

“We could do a better job of communicating that XRP is essential to the Internet of Value. The connector solutions, easy on-ramps for banks, then XRP and the Ripple consensus ledger, you’re going to increasingly see that’s part of the equation.”

Since then, Larsen has followed through on his statement, releasing a report which argued that the use of XRP as part of a Ripple integration could save institutional users more money.

The firm published estimates declaring that, by using XRP, banks would save 42% in cross-border payments costs, a figure that was higher than the 33% that using Ripple without XRP would save.

While Ripple earns money on licensing the open-source technology and helping its clients integrate its solutions, the startup does rely on a number of third parties to manage its distributed financial network, and these parties have a more vested interest in XRP being a useful investment.

Ripple has two types of Gateway providers that help it manage its market. These include Issuing Gateways, that introduce new tokens to the network, and Private Exchanges, which serve as ways for network users to buy and sell XRP and trade between currencies.

For example, digital currency exchange provider Bitstamp is also a Ripple Gateway , meaning users can buy and sell XRP among other digital currencies on the service.

Brazil-based Rippex is another such provider. Co-founder Rafael Olaio acknowledged that Ripple could shift support away from the Ripple consensus ledger and XRP, moves that could potentially hurt the digital asset, “maybe fatally”.

However, Olaio believes that the company has not displayed a willingness to do so.

“Instead, they are reaffirming again their support by releasing a new paper quantifying the affirmations that XRP can cut costs on payments, and preparing a programmatic distribution of XRPs for those who increase its liquidity,” he said. “That is a very neat idea.”

Olaio told CoinDesk that the launch of the Interledger protocol initially “raised concerns” given that it did not use XRP, but that he believes the technology will support the startup’s broader mission of enabling real-time settlement.

“By connecting to Interledger, financial institutions that are resistant to [digital assets] are technologically and operationally closer to XRP and to any protocol that is ‘Interledger-enabled’,” he said.

Olaio’s statements suggest the move to introduce Interledger has been similar well-received by other key operators on the network.

One of the more interesting relationships related to XRP so far cultivated by Ripple is its partnership with cross-border payment specialist Earthport.

As profiled in CoinDesk , Earthport now offers its clients access to Ripple’s technology as part of its Distributed Ledger Payments Hub. The partnership finds Earthport serving as a value-added service for Ripple, managing Ripple wallets and relationships with XRP market makers so that clients can use its tech for cross-border.

Earthport, for example, is dedicating its efforts to establishing relationships with XRP traders so that the government-issued currencies clients are looking to transfer abroad can be bought and sold quickly on both sides of the trade.

Larsen spoke to this benefit of Ripple, stating that in any use case of distributed ledgers for cross-border payments, such an exchange would be necessary.

“You’ll need more bridging, if they only have to make one side of the trade. That’s going to be more efficient,” he said.

Earthport’s materials also positioned XRP as a “digital asset” that was not connected to bitcoin or other “cryptocurrencies”. Larsen sought to portray these descriptions as semantic differences, though he said “digital asset” is emerging as the preferred term when describing business-to-business use cases for the technology.

“Cryptocurrency, virtual currency, digital assets, in some ways all the same thing, they’re a thing of value that has no counterparty,” Larsen explained.

Earthport is not the only partner now engaged in improving Ripple’s XRP offering, however.

On 29th February, Ripple announced it had partnered with Crypto Facilities to launch a marketplace for XRP derivatives to enable “hedging and speculative positioning in XRP” and further develop the robustness of the XRP market.

Elsewhere, Ripple is working with Japan’s SBI Holdings in an effort to list XRP on Asian online brokerages in an effort better facilitate trading activity, and by extension, the performance of its permissioned ledger offering.

In this light, Ripple’s recent market moves can be seen as a refinement of its past strategy, one that, while narrowing its efforts, has also found it more clearly staking claim on areas where it believes it can provide value to the financial industry.

To some partners, the issues Ripple has had, such as the Bank Secrecy Act violations, are even seen positively among its finance partners, with CGI’s O’Loughlin saying that the assessed fine gave the startup more credibility among major banks.

The comments suggest that, even as bitcoin retains a stigma for the use of a non-governmental currency in the operation of its distributed ledger, Ripple has been able to change the market’s thinking on XRP.

As for how Ripple will move forward, Larsen suggested banks would likely continue to use its technology in different ways, and that Ripple would seek to encourage all uses of its available offerings.

“The Ripple consensus ledger, which enables XRP, we don’t see that as a requirement for everyone to use, but as an enabler where it makes sense. We think where it fits in is in the area of market making and bridging one type of value to another type of value.”

Disclaimer: CoinDesk is a subsidiary of Digital Currency Group, which has an ownership stake in Ripple.