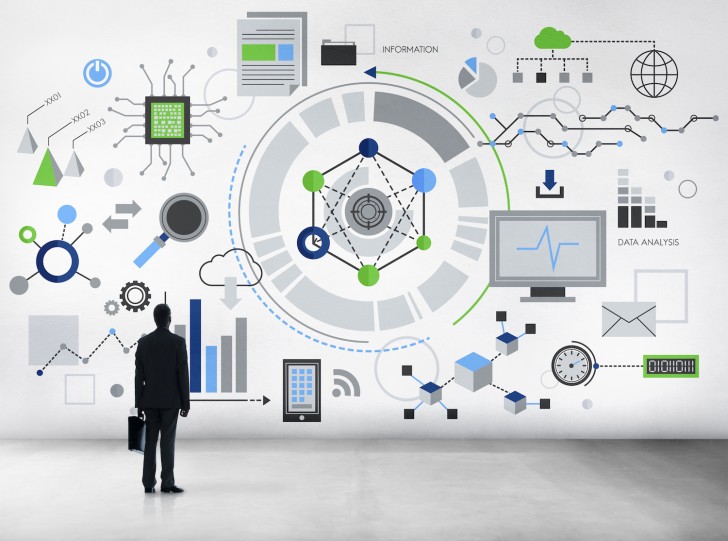 Bitcoin evangelist, public speaker and community director of the Counterparty Foundation, Chris DeRose is also a journalist and software developer.

In this feature, DeRose examines both the promise and problems related to smart contracts, the autonomous financial products that some market observers see as a key application for blockchain technology.

As the study of ‘smart contracts’ went from strange academic curiosity, to the cutting-edge of FinTech, most market observers are still wondering just how this revolution in value transfer works.

Smart contracts, for those who still don’t know, are small bits of code attached to an asset, which determines where and how the underlying asset will perform based on events in the network. The promise of financial instruments that are routed through the economy autonomously, and without need for intervention by a custodian, is immense.

But exactly how does such a technology work? And what makes a smart contract different than similar solutions for financial logic that have been commonplace for decades in our modern banking system?

The creation of the bitcoin blockchain was the principal breakthrough that has enabled this innovation, and which is chiefly responsible for renewed excitement. Before the blockchain, the notion of programmable money was a feeble promise.

This escrow restriction leaves little room for the development of features that have removed middlemen or enabled regulatory arbitrage.

With a blockchain, only the two parties involved in a ‘contract’ have access to their funds, and when a contract is deployed, these funds are determined by the blockchain to be ‘allocated’ to the contract, and are unspendable by either party until the terms of the contract have expired.

With the removal of an escrow agent, none of the involved parties, or a counterparty, can control or moderate the asset during or after the contract’s terms have come to pass.

But who needs this service? Why would someone seek an environment where such un-alterable settlement would offer any efficiency? Well, like all things blockchain, these features will find their efficiency through any agency that stands to gain from the regulatory benefits of not having custody of funds.

Or, better still, these features would offer efficiencies in the world of the underserviced, where custodians for these funds are either unavailable – or worse still, to be found amongst the company of problematic institutions without insurance or verified holdings.

At the moment, two distinct classes of ‘blockchains’ are tackling this market: public blockchains such as bitcoin, and distributed ledgers (sometimes labelled “private blockchains”).

However, both systems have shortcomings in their current forms that are impacting their ability to find widespread adoption.

Private blockchains miss the efficiencies of smart contracts in a number of obvious ways.

Chiefly, bearer assets are not supported, and thus value of any kind is not escrowed. This means that despite the outcomes in which a “distributed ledger” or “private blockchain” determines how funds should be routed, moderation and regulatory hurdles will nonetheless be present at the time funds are delivered through an incumbent network.

This begs the question as to why the custodian of the funds doesn’t just execute a user’s code on their own servers, perhaps with a cryptographically verifiable receipt. Thus far, users haven’t needed such features on registered assets, and the jury’s out as to whether there will be any efficiency here going forward.

If you believe that the ‘blockchain’ was the invention of digital bearer assets by Satoshi Nakamoto, then public blockchains are necessarily where all smart contract efficiencies will manifest. However, these systems are also encumbered with non-trivial technical hurdles.

Primarily, the notion of “fungibility” is still the source of a large part of the burden for these systems, as it would be assumed that securities for which a bearer could be reversibly determined will still enable regulators and moderators to exercise roadblocks in a smart contract’s execution.

Thus far, only the bitcoin blockchain is tackling this hurdle, with promising developments in the form of “confidential transactions” and even “coin joining”.

Another hurdle that still remains the source of much debate in the public blockchain space is that of the “Hash Strength” of a public blockchain. Put simply, this strength represents the amount of energy burned to secure a blockchain.

As the financial gains for those executing contracts in a public blockchain increases, so too does the incentive for an attacker to disrupt that blockchain. In the case of bitcoin, the cost to disrupt the blockchain is approximately $1m US dollars per day, which is formidable, though still a bit too small for the aspirations of many large institutions.

And for comparison, the next largest public smart contract platform, Ethereum, is trivially dismissable at a current “hashrate” of about $25,000 usd per day.

While the potential for automation and efficiency is immense in this burgeoning field, there are still a number of significant drawbacks to both fields of the technology that is rarely discussed, and present in all forms of our current implementations.

One such drawback in the current state of blockchain design is that the code inside of a smart contract needs to be disclosed to all parties on the network.

For many types of financial trades, this onerous restriction means that after the funds have been committed, uninvolved parties on the network would be able to actively trade on outcomes that would have been previously unknowable and which could prove detrimental to the parties which are engaged in this arrangement.

This means that uninvolved parties in a blockchain’s smart contract may be able to hoard or sell an asset with the previously inaccessible knowledge that one party is going to end up on the losing side of trade. Further, smart contracts by virtue of their network-wide broadcasting, are necessarily slow. And though many in the private distributed ledger world like to tout their comparatively fast times by blockchain standards, in the world of incumbent systems for trading registered assets, these times are nonetheless glacial.

Smart contracts will likely find their initial niche in much the same communities as did bitcoin - amongst the underserved, and the amateur hobbyists.

Though banks will try to head towards this technology with the same enthusiasm as they have toward blockchains, they will come to find that traditional message-passing systems are both more conducive to the information secrecy required for settlement strategies to work, as well as favorable given the requirements of high throughput and reliable transmission.

Smart contracts have the potential to offer one the most disruptive changes in the financial services business that we’ve seen since the advent of computerized data processing. However there are still many large hurdles to be cleared before these efficiencies are delivered.

Fortunately, this technology has finally left the halls of academia with the breakthrough of the blockchain, and thousands of the world’s most talented minds in FinTech are dedicated to scaling this amazing innovation to the needs of modern finance institutions.