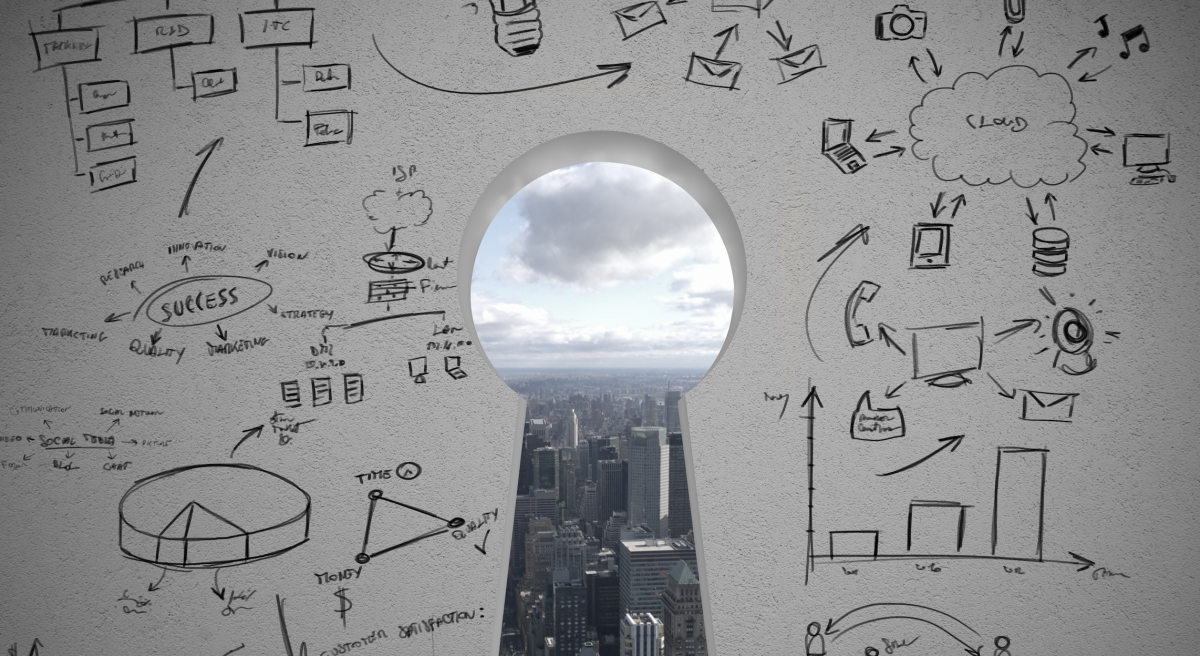 Nozomi Hayase PhD, is a writer covering issues of freedom of speech, transparency and decentralized movements.

In this article, she argues bitcoin’s divisive scalability debate should be seen as just another phase in the growth for the digital currency project.

The prolonged scaling issue has turned into what some have been calling bitcoin’s existential crisis.

As proposals for alternative solutions to Bitcoin Core ’s roadmap were put forward and Bitcoin Classic gained traction, the divergence in technical approach has devolved into a heated debate. Emotionally charged disputes on Reddit and Twitter with censorship and personal attacks have divided the community.

This split over the protocol harkens back to differences in views that arose at the onset of this technology between economists and those with computer science backgrounds. The former often denounced it as a deflationary currency with fundamental flaws, while the latter tended to praise it and tout its significant potential.

Since its inception, the question of what bitcoin is has continuously evolved. As it began to mature, bitcoin slowly shed layers of skin, helping people view the technology on its own merits.

Perhaps, this recent block size debate marks another phase in bitcoin’s development, calling for an even deeper understanding of Satoshi’s invention.

At its genesis, bitcoin was envisioned to be a purely peer-to-peer version of electronic cash. In the seminal white paper, Satoshi Nakamoto stated it would allow “online payments be sent directly from one party to another without going through a financial institution”.

The core invention solves the problem of double-spend using “a peer-to-peer distributed timestamp server to generate computational proof of the chronological order of transactions”. Satoshi outlined how the implementation of this required “hash-based proof-of-work forming a record that cannot be changed without redoing the proof-of-work”.

In a nutshell, bitcoin is a peer-to-peer security network that has never existed before. This new security backed by mathematics enables censorship resistance and monetary sovereignty, making it a globally seamless network, unlike any legacy financial system.

At the Hong Kong Scaling Bitcoin conference, developer Andrew Poelstra explained the security assumption that bitcoin lives in an adversarial environment. He noted how the possibility of individuals acting selfishly and taking advantage of others needs to be factored into designing governance. Bitcoin Core software contributor Peter Todd also emphasized the necessity of thinking in adversarial terms when creating incentives for decentralization.

Upon this security assumption, the architecture of bitcoin governance was built in a manner that reduces the probability of attackers and encourages nodes to stay honest.

This was made possible through a combination of game theory , a careful calculation of risk and reward and a balance of supply and demand. This governance includes a 1MB block size limit that was set by Satoshi as a temporary security measure to prevent spam attacks until the network grew.

Growing towards its limits

The cumulative knowledge of computer science has resulted in the creation of the incentive structure as it exists now. In this, bitcoin possesses economics of scarcity with its monetary design of finite supply. For those who haven’t engaged fully in this security assessment, what they often see is a currency mimicking a gold-like commodity.

With this image of digital gold, bitcoin made its public debut. “Currency as its first app” became like a promo code for this groundbreaking invention, and speculators and investors alike flocked around this new asset-based currency.

At its young age, bitcoin was recognized for its capacity to become a good store of value. Yet, for those who wish to see wider consumer adoption and it to be used for everyday transactions, realization of the promise of peer-to-peer electronic cash still seemed a bit out of reach.

In 2015, bitcoin was shown to be the best performing currency globally. Now, with the increase of users and transactions, the average block size has moved closer to Satoshi’s 1MB limit.

As the fear of reaching this limit grew, alternative proposals for addressing the issue emerged, such as Bitcoin XT , which required fundamental changes to the protocol. Core developers responded to this hard fork attempt with concerns about the security trade-off that such a measure would bring.

The gap of understanding of this technology that manifested in the earlier days as a divide between economists and computer scientists seemed to have resurfaced in these block size debates. This schism recently widened with former bitcoin developer Mike Hearn’s ‘ragequit ‘ and his farewell letter that declared bitcoin a failure.

What does this crisis really mean to the bitcoin community and beyond?

There is a Chinese proverb in which a crisis is understood as “an opportunity to ride the dangerous wind”. This block size debacle is perhaps providing us an opportunity to better understand the core of this invention and make informed decisions at this pivotal moment in the technology’s development.

Bitcoin is more than just currency. It is more than a store of value or medium of exchange. Its underlying technology, the blockchain is an immutable ledger. Its unprecedented security of distributed trust requires incentive for participants to work honestly according to the rule of consensus.

Unlike large data center-based ledgers , this blockchain can’t exist without bitcoin being used as a reward for miners to maintain its decentralization.

All things considered, the current scaling challenge is revealing that we don’t actually fully have currency as bitcoin’s first app yet. As the technology’s foundation is built out, what we are seeing is the bitcoin token, critical for the security system, now tussling with its own nature as a medium of exchange.

In this context, what does this challenge of increasing transaction capacity present? It may indicate how important it is for us not to conflate two distinct problems. Bitcoin’s peer-to-peer network is used as a solution to solve the problem of double spending. Here, its economics is designed in service to security to create, store and move value without having a central point of control.

On top of this security model, currency as a first application can be created to solve the challenge of becoming a medium of exchange that functions as transactional currency at a large scale.

Once we understand the principles required to maintain this technology’s core, we can engage in the efforts to make currency bitcoin’s first application, without compromising its underlying security.

CEO of Ciphrex and longtime contributor to Bitcoin Core Eric Lombrozo suggested building layers on top of the base of cryptographic proof.

He pointed out his belief that this approach is similar to how the Internet was built:

“For bitcoin, at the bottom level we have this consensus layer. The consensus layer is actually not a network protocol at all. It’s actually a set of cryptographic commitment structures, which allow you to construct proofs that things happened according to certain rules. This is something that allows everyone to eventually come to agreement on what the state of the network is.”

A robust P2P transfer network can be built on varied economic structures, in added layers compatible with, and in a manner that supports, the underlying consensus rules.

Another breakthrough innovation called Segregated Witness has recently emerged that could roll out concrete steps in this direction. Introduced by Bitcoin Core developer and Blockstream engineer Pieter Wuille, ‘SegWit’ separates signatures from transactions and resolves a prevailing problem of transaction malleability . It also has a positive side effect in scaling by increasing bitcoin’s block size capacity without increasing the block size limit.

SegWit Testnet has now been deployed and is an essential component in Bitcoin Core’s roadmap as a soft fork, which brings changes without breaking the existing consensus rules and is considered to be a much safer approach.

All this, combined with sidechains or off-chain scalability solutions like the Lightning Network , makes creative solutions available that could help bitcoin grow horizontally, while staying true to its unique decentralized nature.

After seven years of existence, in spite of wild waves of volatility and media frenzies claiming the death of the cryptocurrency, bitcoin has been moving forward without disruption. If we enter this scaling challenge as an opportunity to solidify consensus, we may all be able to enjoy the fruits of what this amazing invention can truly offer.

The permissionless innovation that the platform of consensus provides invites us to build as many diverse applications and networks as possible. We are now at the dawn of a new era of finance brought about by cryptographic trust.