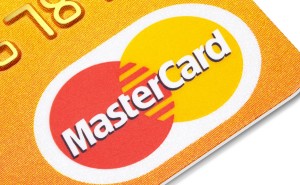 A MasterCard executive has said that while the firm is “very, very interested” in blockchain technology, it will take a cautious approach to its experimentation with the tech while it believes it is still developing.

Speaking to Business Insider  at the World Economic Forum in Davos, MasterCard CIO Garry Lyons outlined the steps the major global credit card network has so far taken to explore the industry.

The comments come at a time when thought leaders in the traditional payments and finance industry are increasingly skeptical about the growing hype around “blockchain” and distributed ledger tech and its potential.

Lyons hinted at the growing chorus of blockchain enthusiasts, saying that every tech panel he attended at this week’s Davos conference mentioned blockchain, with some even calling it “the second coming”.

“While we think it’s very interesting, we don’t want to, and no one wants to, be blindsided by rushing into it,” he told the news provider.

Lyons went on to speak positively about MasterCard’s partnership with industry investment conglomerate Digital Currency Group (DCG), which the company said would help provide it with a strong connection to the industry.

Disclosure: CoinDesk is a subsidiary of Digital Currency Group.