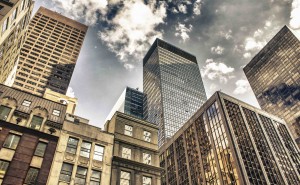 R3CEV, the blockchain startup leading a consortium of more than 40 international financial institutions, has announced the completion of a test involving 11 members of the group.

Barclays, BMO Financial Group, Credit Suisse, Commonwealth Bank of Australia, HSBC, Natixis, Royal Bank of Scotland, TD Bank, UBS, UniCredit and Wells Fargo were involved in the experiment, the first by the group to be revealed to the public.

The startup said that the test involved a distributed ledger based on the public Ethereum network but that was hosted on a private network on the Microsoft Azure platform, the tech giant’s previously announced blockchain-as-a-service initiative.

“The transition from vision and hypothesis to application and execution signifies the next major step towards using this technology to transform how institutions interact, report and trade with each other in financial markets. This is a very exciting development, both for R3 and our member banks, as well as the global financial services industry as a whole.”

The firm indicated that more tests are underway involving the consortium’s member banks. R3CEV, which announced the first members last fall , has added a total of 42 financial institutions to the consortium to date.

The institutions involved struck a positive note overall regarding the results of the test.

“Blockchain is an emerging focus for our industry and Credit Suisse. As one of the early participants with R3 we are very happy to be part of the consortium which leads the industry’s research into the value and applicability of this technology,” said Stephan Hug, group chief architect for Credit Suisse.