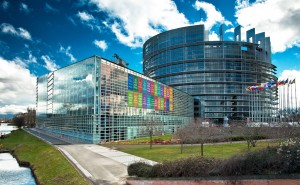 A European Parliament committee held a public hearing on virtual currencies today in Brussels at which it discussed the possibility of regulating digital currencies following the recent Paris terrorist attacks.

The hearing of the Committee on Economic and Monetary Affairs (ECON) was a preparatory measure for the agency’s forthcoming report on virtual currencies. Topics discussed included the risks and challenges posed by publicly traded virtual currencies, as well as the impact of blockchain and distributed ledger technology on which virtual currencies are based.

Panellists included representatives from the European Commission and the Organisation for Economic Co-operation and Development (OECD) as well as academics and stakeholders from the private sector.

In his opening remarks, German MEP and committee member Jakob von Weizsäckerm  was keen to reiterate the goal of the meeting and potential implications of its decision-making as governments look to get tougher on terrorist financing.

“We are considering in the follow-up of the terrible Paris attacks whether there might be a need to regulate virtual currencies. It has been considered in the past and we are certainly looking at options in the wake of the terrorist attacks.”

However, he noted that he believes the technology should not be overregulated while it is evolving, as he recognises that there are potential advantages offered by the technology.

Thaer Sabri, regulatory adviser and CEO of the Electronic Money Association, who overall recommended a light regulatory touch, also brought up the subject of the Paris attacks in his address, saying: “We mustn’t let the pendulum swing too far.“

“As far as financial crime is concerned, industry agrees regulation is a desirable thing,” Sabri added. “If we don’t disuade criminals from using these products. the products could become disreputable.”

Offering a counter argument, Jeremy Millar, a partner at financial technology consultants Magister Advisors, said that, since it is already illegal to fund terrorists, detection is key, not regulation.

Siân Jones, founder of the European Digital Currency and Blockchain Technology Forum and advisor to COINsult, further explained that the use of virtual currencies in money laundering has been “grossly overstated”, and that the ability to easily trace past transactions renders them unsuitable for such activities.

ECON is the European Parliament committee responsible for economic and monetary union, the regulation of financial services, the free movement of capital and payments, taxation and competition policies and the international financial system.

In the wide ranging discussion, there was a general mood that the virtual currency and blockchain industry should not be overly regulated for fear of stifling the new and potentially advantageous technology.

Primavera De Filippi, a research fellow at Berkman Center for Internet & Society at Harvard University, said that bitcoin networks can be constructed to be “agnostic of any jurisdiction” and that people can operate the network without disclosing their identity.

“This provides opportunites for criminal activity, tax evasion and money laundering,” she said. The challenge is regulating virtual currencies “without infringing on the consumer benefits in terms of innovation and regulatory compliance.”

Addressing bitcoin regulation, Millar argued that the industry is, to an extent, already self-regulating.

He give his opinion that the overwhelming majority of bitcoin transactions are carried out through a small number of companies, such as miners, exchanges and wallet platforms. Furthermore, most services are built on these platforms.

Since the industry has already largely become institutionalised, he suggested, building relationships with these companies would be more effective than new rules.

Illustrating how the bitcoin industry can effectively manage itself, Millar told the committee that, following the recent block size debate , key players in the industry had come together within just a few days to discuss a solution .

“We’ve seen the bitcoin ecosystem come together to work collaboratively to solve the problems it faces.”

Von Weizsäckerm said, in his conclusion, that regulators have a tendency to apply what he termed “precautionary” regulation, and that it is a challenge to keep an open mind in new areas like virtual currencies.

Instead he proposed generally “precautionary monitoring” so regulators can keep abreast of developments in the industry.

“I would feel more comfortable if we were in a situation where exponential growth usages of blockchain were … at least understood by regulators before they become very big.”

In financial areas, he explained, if the business model is not understood by regulators then there is a greater risk of, for example, Ponzi schemes arising, and “that is the kind of thing we don’t want to discover when it’s too late”.