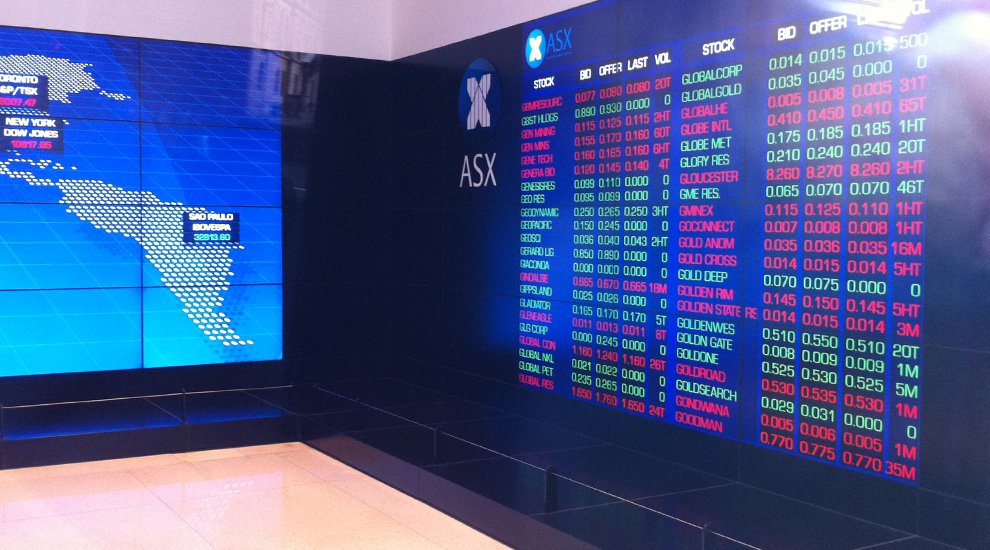 Permissioned ledgers continue to be the trend in the blockchain industry. According to Bloomberg , blockchain startup Digital Asset Holdings , which is run by former JPMorgan Chase Executive Blythe Masters , has raised $52 million and has a deal with ASX to bring Australian stock settlement into the digital age. Participants in the investment round included JPMorgan, Citi, CME Group and ASX.

ASX, the company behind Australia’s stock market, is said to have put $10 million of their own cash into the funding round.

In an in-depth interview with Bloomberg, Masters described the plan going forward with their investors:

“[Our investors in this round] represent a balanced mix of the entire financial ecosystem, so balanced in terms of geographic representation and in terms of the nature of the services that they provide. That was a mixture that was very carefully designed for a reason, and that reason is to ensure the greatest chances of adoption, to ensure the ability of Digital Asset [Holdings] to work with its various investors, and for the work that we do to benefit multiple investors simultaneously.”

In other words, the investors in this fundraising round were chosen because they offer Digital Asset Holdings (DAH) the ability to build out many different use cases of their technology. During the interview with Bloomberg, Masters also noted additional investors could be added to this round in the next week or so.

When asked about Bitcoin’s ultimate promise of removing many of the middlemen found on Wall Street, Masters was quick to point out that her company is more interested in generalized blockchain technology than Bitcoin’s open, permissionless network.

“There’s a distinction between the ultimate promise of Bitcoin as a opposed to the potential application of the technology that was invented for the creation of Bitcoin – hence the blockchain technology. If you think about blockchain technology in layman’s terms, which makes it a lot easier to understand, really you can think of it as a form of database technology because people know what a database is and know it’s used to store important information you need to refer back to, basically.”

The use of permissioned, distributed ledgers instead of Bitcoin has been a major theme in the industry over the past year, with startups, such as DAH and R3 , attempting to bring better security and more efficient settlement to financial institutions around the world. Having said that, the likes of Digital Currency Group Founder Barry Silbert , Xapo CEO Wences Casares , and other Bitcoin icons still believe the banking industry will eventually abandon these permissioned blockchains and find their way back to the Bitcoin blockchain.

When it comes to the specific advantages of distributed ledgers for financial institutions, Masters mainly focused on three key areas: security, settlement, and data replication. She discussed the power of a shared, distributed ledger during her interview with Bloomberg:

“You can think of a blockchain or distributed ledger as a shared, replicated source of the same information that stays the same at all points in time and uses sophisticated technology to ensure that it’s not possible to hack into or falsify that record. More importantly, once information is submitted to that ledger or record, it can never be edited.”

One possible use case mentioned by Masters during the interview could affect the average person on the street. She said individuals who sell assets on an exchange will be able to have access to those funds from that sale on the same day if this technology is widely implemented.

It appears that Australia’s stock market may be the first major test for the use of blockchain technology by a traditional stock exchange. ASX’s infrastructure was scheduled for an update of its core technology, and DAH was able to win a deal as its provider of choice. Masters’ startup is said to have beat out some 400 other technology companies for the opportunity to re-engineer how the Australian market operates.

During her interview with Bloomberg, Masters pointed out two reasons why Australia makes sense as a test ground for this technology:

“The Australian market has some unique features to it. First of all, it’s a fully dematerialized market. What that means is that they moved away some time ago from the notion of stocks having to have physical certificates that have to reside somewhere, so it’s a market which inherently involves electronic or digital records of ownership of securities. Second of all, ASX operates a central securities record-keeping or ledger-keeping service and is responsible for the totality of the settlement and clearing process.”

ASX is one of the top 15 equity markets in the world. Although Bitcoin’s mainstream moment has yet to come, it’s clear that blockchain technology is about to take center stage.